There has been 1 confirmed arrest since the last update. Looks like at least one NFLer definitely enjoyed the St. Paddy’s day weekend a little too much. It is definitely a fantasy crime weekend to circle on the off-season calendar. As many of you loyal participants know, last year the Jim Irsay DWI arrest occurred during it. Will any more arrest stories from the weekend come out? Will there be any arrests today? With any luck, there just might be.
Pittsburgh Steelers CB Antwon Blake
-Public Intoxication (Misdemeanor)
http://profootballtalk.nbcsports.com/2015/03/17/report-antwon-blake-arrested-and-released-over-weekend/
Mr. Blake was arrested on March 15, 2015 while he was walking outside around bars in Oceanside, CA. He was later released. Mr. Blake recently got a one year deal with the Steelers as a restricted free agent. Well this arrest is about as basic as it it gets, Mr. Blake got lit up and then picked up, nonetheless the Pittsburgh Steelers do get on the board.  One point for misdemeanor public intoxication.
The top standings remain the same as the Green Bay Packers still lead the league with 10 points,  Indianapolis Colts and Baltimore Ravens are tied for 3rd with 6 points.  The always changing roster in the San Francisco 49ers are in 4th place with 4 points. The Arizona Cardinals and Dallas Cowboys both remain in 6th place with 3 points and the Pittsburgh Steelers get on the board with 1 point. in the 2014 off-season , the AFC North led the league with a whopping 37 points on 10 arrests, that’s impressive as they almost averaged a felony charge per arrest.  The division is looking to be on top again this season, but points wise, currently it is the NFC North. The Fantasy Crime League wishes you all a happy St. Patrick’s Day and remember to get all the latest Fantasy Crime League news here. Take care.
Who all seen this NFL player? Say yeah!! 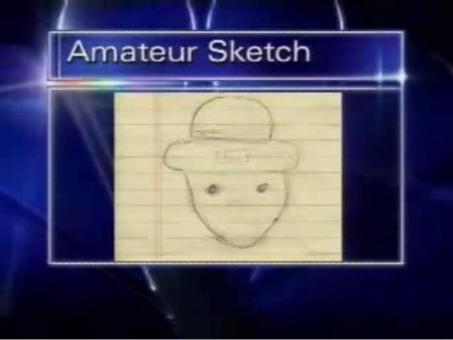 The FantasyCrimeLeague.com does not in any way condone or encourage breaking the law. But football players getting arrested during the off-season is as inevitable as sunrises, taxes, and the Red Wings in the playoffs. Football players, both college and professional, actually get arrested at a rate less than the general population, but some arrests are indeed inevitable through the off-season. We're just tying to keep ourselves and the general public entertained.

We are in no way shape or form affiliated or associated with the NFL, the NFLPA, the NCAA, or that union the Northwestern kids formed (not sure if that's still a thing or not). We are simply providing publicly available information, please don't sue us.
(Though we could use the publicity.)